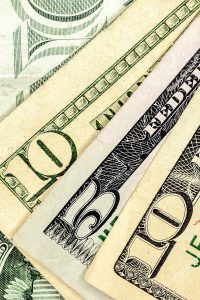 What Restaurant Workers Need To Know About Wage Theft

Restaurant workers lose millions each year because of wage theft – but they can recover lost wages with the help of an employment lawyer.

Wage theft costs workers an estimated $50 billion a year according to the Economic Policy Institute. The restaurant industry withholds millions of dollars in wages from servers, bussers, hosts, bartenders, and other restaurant workers every year.

In the restaurant industry, wage theft takes several forms. For example, wage theft can include paying less than minimum wage, not paying overtime, and withholding tips. In fact, a U.S. Department of Labor investigation of over 9,000 restaurants found that 84% of those restaurants violated wage and hour laws.

Restaurants can legally pool tips to distribute them to eligible employees. But managers cannot receive those tips. When restaurants give tips to managers, servers lose money.

Tip skimming is a significant problem in restaurants. If restaurants skim money from servers’ tips, servers lose a significant portion of their earnings. The Economic Policy Institute estimates that tipped workers receive $36.4 billion in tips each year, so even skimming a small percentage of those tips means millions in lost wages.

Restaurants violate wage theft laws, for example, if they don’t pay mandatory service charges to servers. Customers assume that these service charges cover the tip, but in some cases, restaurants withhold the gratuity.

However, recent rulings in New York protect restaurant workers from this form of tip theft. If restaurants, event venues, or catering companies include a mandatory service charge on the bill, they must clearly state whether the charge is a tip. The money must go to servers and other tipped employees unless the restaurant clearly states the mandatory service fee covers administrative costs and is not a gratuity for servers.

This complicated system can easily result in wage theft. For example, restaurant workers lose money if their employer intentionally or unintentionally miscalculates their tips.

When restaurant workers pool their tips, miscalculation can mean lost wages. Consider, for instance, a server who puts $100 into the tip pool during a shift, but only receives $80 in tips back from the pool. The employer can only consider the $80 as part of the server’s wages. If the employer calculates the minimum wage based on $100 in tips, the server may earn less than the minimum wage.

Restaurant workers can sue for unpaid overtime. In 2016, McDonalds paid $3.75 million to Bay Area workers after they were denied overtime. The McDonalds employees also never received compensation for having to clean their uniforms––another form of wage theft. Under New York law, for example, employers have to pay for an employee’s uniform and pay laundering costs. Restaurant workers only have to pay for their uniform if the clothes cannot be worn as part of their ordinary wardrobe, and they only have to pay laundering costs if the uniform is “wash and ware,” meaning it needs no special cleaning or ironing.

You can also contact an employment lawyer for a free consultation to learn whether you have a case.