New York Fraud Against the Government Whistleblower Attorneys and Resources

Whistleblowers who report fraud against the government can receive a percentage of any award. They also have legal protections if they experience retaliation or wrongful termination. 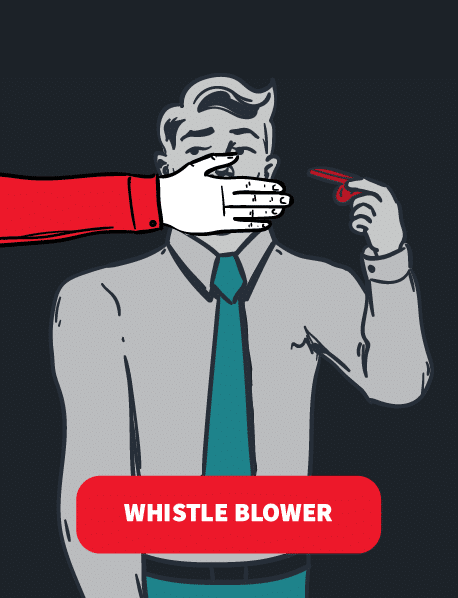 The False Claims Act makes it illegal for anyone to defraud the government. The FCA was promulgated during the Civil War in 1863 to prevent Union Army suppliers from submitting false claims. Today the federal, New York state, and New York City False Claims Acts legally protect the government from being defrauded.

Individuals can file suit on behalf of the government if they know the False Claims Act has been violated. This is called a qui tam action.

Examples of Fraud Against The Government

It is illegal to knowingly defraud the government. Violating a federal, state, or city False Claims Act is a serious offense punishable by significant fines and penalties.

There are multiple actions that fall under the False Claims Act. Federal law prohibits “knowingly submitting false or fraudulent claims to the government for payment or making or using a false record or statement in connection with the submission of such claims.” (31 USC §§3729-3733)

In addition to healthcare fraud, prescription drug fraud is a serious problem under the False Claims Act. The FDA approves prescription drugs to treat specific conditions. Doctors can legally prescribe “off-label” uses of medications, but drug manufacturers are not allowed to promote prescription drugs for off-label uses.

If you act as a whistleblower and report fraud against the government, you have legal protections.

Retaliatory actions by your employer can include firing, demoting, suspending, threatening, harassing, or discriminating against an employee who has filed a False Claims Act or participated in a fraud investigation.

If you are the victim of retaliation, you can receive reinstatement, double the amount of back pay owed, interest on the back pay, front pay, and compensation for any damages. This includes litigation costs and reasonable attorneys’ fees.

Reporting Fraud Against the Government

Individuals can file suit on behalf of the government if they know the False Claims Act has been violated. This is called a qui tam action.

Whistleblowers who file a qui tam action are known as relators. Under the False Claims Act, relators must file a complaint with the government.

A federal qui tam action should be confidentially filed under seal in a federal district court. A copy of the complaint must be served to the appropriate government office. In the case of violations of the federal False Claims Act, the US Attorney General and the US Attorney for the district where the complaint is filed should receive copies.

The complaint will be sealed with the court for at least 60 days, during which time the government will investigate the complaint and decide whether or not to proceed.

Whistleblowers Can Receive Up To Thirty Percent Of The Claim

Whistleblowers who file a qui tam action on behalf of the government can receive a percentage of the monetary award. The percent of their award depends on whether the government takes over the prosecution or the relator continues the case.

If the government chooses to proceed with the action, it will prosecute the violation of the FCA. The relators are entitled to between 15 and 25 percent of any amount recovered by the government.

If the government declines to proceed with the action, the relator may continue the case. Relators must still obtain the consent of the government to settle or dismiss a qui tam action. The relator is entitled to between 25 and 30 percent of any amount recovered in the action.