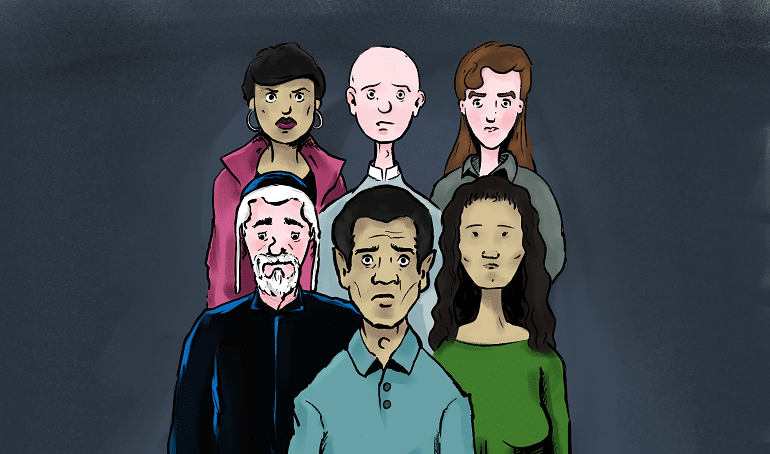 In addition, employers must pay H-1B visa employees the same wage rates as coworkers who have similar experience and qualifications.

What is the H-1B Visa Program?

The H-1B visa program allows employers who are unable to fill specialty occupations from the U.S. workforce to offer temporary employment to highly skilled foreign workers who are not otherwise authorized to work in the United States. The position to be filled must require at least a bachelor’s degree or its equivalent.

For fashion models – a distinct category – they must be “of distinguished merit and ability.”

The initial visa is granted for up to three years but may be extended to a maximum of six years. During this time, the H-1B visa holder can apply for a green card or permanent residency. If the foreign worker’s green card or permanent residency application is pending at the end of the visa period, his or her H-1B visa status may be extended beyond six years.

There are a limited number of H-1B visas issued each year.

Currently, the U.S. government limits H-1B visas to 65,000 each year, with 20,000 additional visas for foreign professionals who graduate with a master’s degree or doctorate from a U.S. institution of higher learning. Universities, university-affiliated nonprofit entities, and nonprofit or governmental research organizations are exempt from the cap.

Employers can begin filing H-1B applications on April 1. Each year, the number of visa applications greatly exceed the cap. If the maximum number of applications is reached during the first five business days of April, the government agency holds a lottery to randomly select which petitions it will process.

While many H-1B recipients are software engineers and computer programmers, specialty occupations cover a wide range of industries, including but not limited to, biotechnology, chemistry, architecture, statistics, physical sciences, journalism, medicine, economics, research, law, accounting, business specialties, theology, and the arts. Some H-1B visa holders are math and science teachers in rural school districts that have trouble recruiting American instructors.

H-1B visa holders can bring their spouses and dependent children under the age of 21 with them to the United States under the H-4 visa.

H-4 visa holders may remain in the U.S. as long as the H-1B recipient remains in legal status. However, once a child turns 21 or gets married, they are no longer eligible for H-4 status and will have to obtain their own visa.

H-4 visa holders can attend school, get a driver’s license, and open a bank account, but for many years, they were not permitted to work in the U.S. In 2015, an executive order allowed H-4 visa holders to apply for work permits as long as the H-1B recipient had already started the process of seeking employment-based permanent resident status. However, the current administration has stated that it will revoke that executive order.

Foreign workers cannot file their own applications for H-1B visas. The employer must initiate the process.

Employers who want to hire foreign workers under the H-1B program first must file a Labor Condition Application (LCA) with the United States Department of Labor, Employment and Training Administration (ETA). In the LCA, the employer makes several attestations or promises:

In the LCA, the employer also must provide the job titles, salary or rate of pay, length and location of employment, and the number of H-1B employees that will be hired.

Up to 30 days prior to filing the LCA, employers must provide their existing workforce with notice of their intention to hire H-1B workers. The employer must notify any employee bargaining representatives of every LCA submitted. If there is no representative, the notification must be clearly posted for 10 days in two locations at the workplace. The notice must include the following information:

The notice must also inform workers that complaints alleging misrepresentations in the LCA can be filed with the Wage and Hour Division of the United States Department of Labor (WHD).

Once the ETA certifies the LCA, the employer may petition the U.S. Citizenship and Immigration Services (USCIS) for approval to employ a specific foreign worker under the H-1B visa program.

An employer is considered H-1B dependent if it has:

An employer is a willful violator if it has been found at any time during the 5 years preceding the LCA to have committed a willful violation or a misrepresentation of 2 or more of the LCA attestations.

Dependent employers and willful violators must make additional attestations in their LCA. Namely, they must state that they have not terminated, laid off, or demoted a U.S. worker in a similar position at the time it filed the H-1B petition.

Also, they must attest that they have taken good-faith steps to recruit U.S. workers and that they offered the job to any equally or better qualified U.S. worker who applied for the position for which it seeks an H-1B worker.

What Rights Do You Have as an H-1B Visa Holder?

As an H-1B visa holder, you have a number of rights. If your rights have been violated, an immigration lawyer can help determine your legal remedies.

If any of your rights as an H-1B visa holder have been violated by your employer, you can file a complaint with a local WHD office.

Other Rights of Foreign Workers

As someone working in New York City, you also have protections under a variety of federal, state, and city laws.

These laws protect employees from sexual harassment or discrimination by their employer based on race, gender, religion, age, national origin, or disability.

H-1B visa holders are protected from wage theft, including failure to pay the minimum wage or overtime pay. You are entitled to take medical leave under the FMLA and New York State Paid Family Leave Act. Also, you are eligible to participate in various whistleblower programs, which provide a way for employees and others to report certain types of wrongdoing.

If you are an American worker whose employer has hired H-1B employees, you have certain rights as well.

If your employer is an H-1B dependent employer or a willful violator, it may not lay off any U.S. workers within 90 days before or after it files an H-1B petition for an equivalent job. Also, the employer must first offer the job to any U.S. worker who applies and is equally or better qualified for the job than the H-lB foreign worker.

If you think your employer is in violation of either of these requirements, you can file a complaint with the WHD.

Employers must also keep a file available for public inspection that includes the following:

Employers must maintain complete payroll records and make them available to the WHD upon request. The records must include the following information:

These records must be maintained for a period of three years, or for one year beyond the end of the employment period specified on the LCA, whichever is longer.

If you think your employer has engaged in illegal H-1B practices, there are several steps you can take right away.

Consider contacting a New York employment lawyer to help you protect your rights.

The law prohibits employers from retaliating against you for complaining about unlawful H-1B practices. It is illegal for your employer to intimidate, threaten, blacklist, discharge, or otherwise discriminate against any employee – foreign or American, former employee, or job applicant, for disclosing possible H-1B violations or for cooperating in an official investigation regarding the employer’s compliance.

Employers found guilty of retaliation can be fined up to $5,000 and disqualified from filing H-1B petitions for up to two years, among other penalties.

If your employer terminates you in retaliation after you complain about violations, you no longer have H-1B status. However, you may be forgiven a short stay in the U.S. out of status for extraordinary circumstances beyond your control while the USCIS processes your visa petition with a new employer.

Even though it is illegal, employers still may threaten to terminate your employment, contact USCIS and revoke your visa, have you deported, bring a lawsuit against you for violation of the employment agreement or non-compete agreement, or disclose negative information about you to potential employers or others. You need to be mentally prepared for these types of actions.

How to File a Claim

The WHD will determine if there is reasonable cause to investigate your claim. If the WHD investigates and finds violations, they can order your employer to pay you back wages, including the difference between what it actually paid you and what you were supposed to get. Even though you only have 12 months after the last violation to file a complaint, back pay can be ordered for the entire time the employer underpaid you.

If your employer terminates your employment before the end of the H-1B visa period without notifying the USCIS and without offering to pay your return transportation, you may be eligible for front pay through the end of the visa.

The WHD may assess civil monetary penalties ranging from $1,000 to $35,000 per violation, depending on the type and severity of the violation. These amounts are fines that do not go to the worker.

Employers found to have committed certain violations or repeat offenders may also be precluded from future access to the H-1B program for a period of at least one year and as much as three years depending on the nature of the violation.

Once the WHD has made a determination, you or the employer may request a hearing before an Administrative Law Judge (ALJ) to challenge the decision. Within 30 days of a decision by an ALJ, an interested party may request a review of the ALJ’s decision by the DOL Administrative Review Board. You can appeal the Board’s final decision to a United States District Court.

Allegations about H-1B violations must be filed with the WHD. You cannot go directly to court with your complaint.

However, that may not be the case if you believe your employer violated the laws prohibiting illegal discrimination or the wage-hour rules. Learn the best way to file a claim or contact a New York employment lawyer for help.